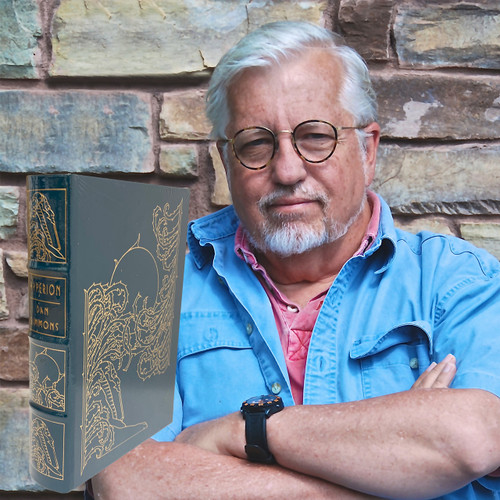 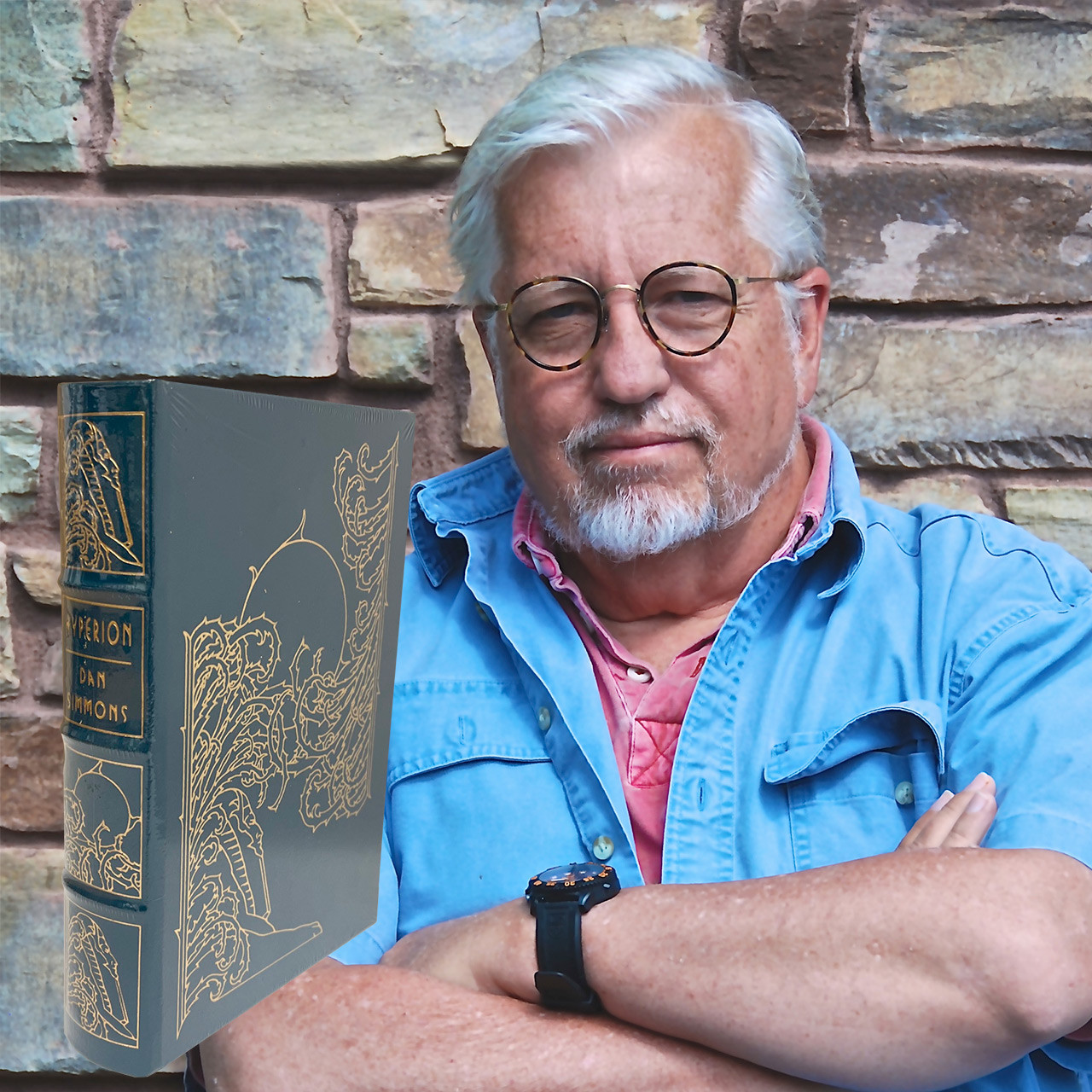 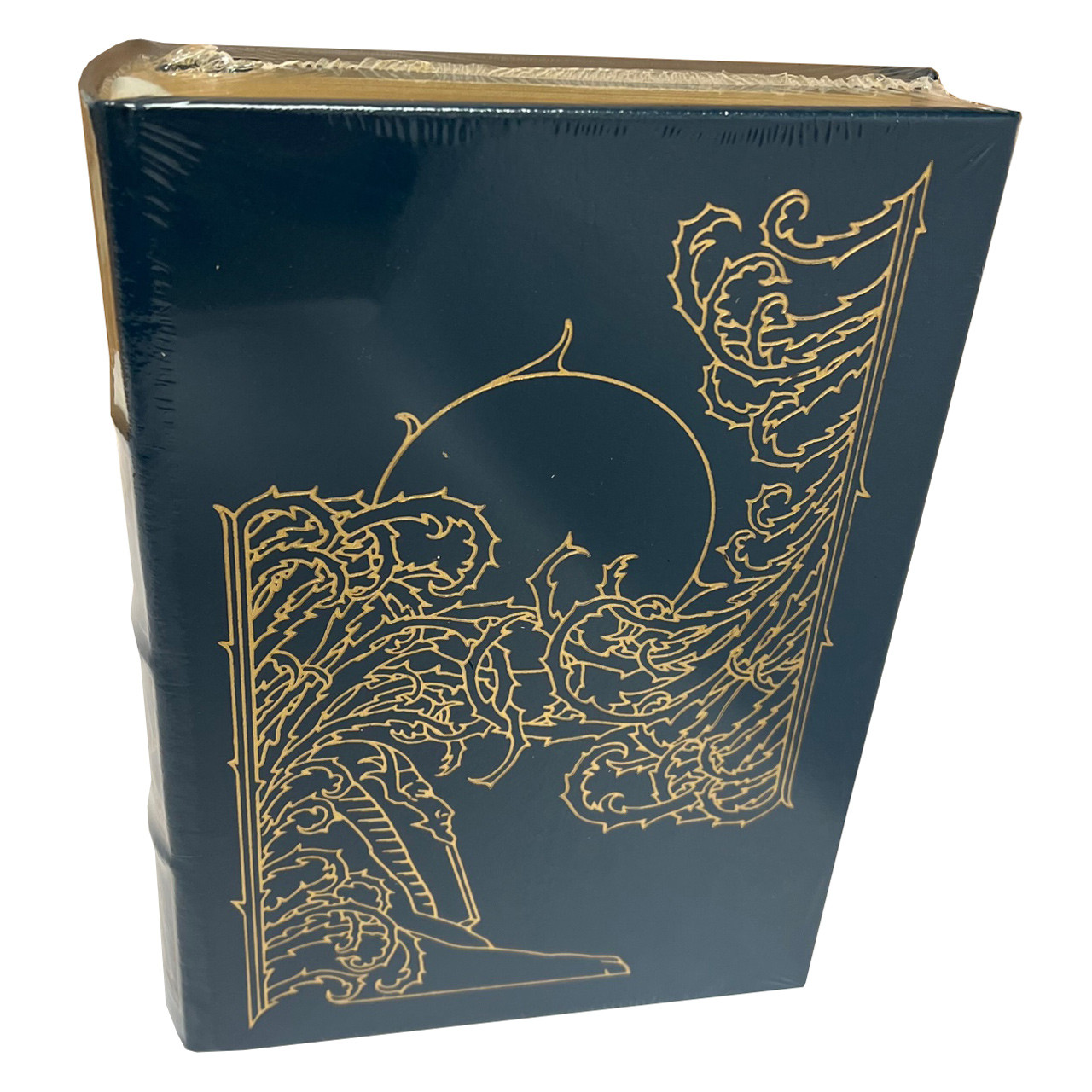 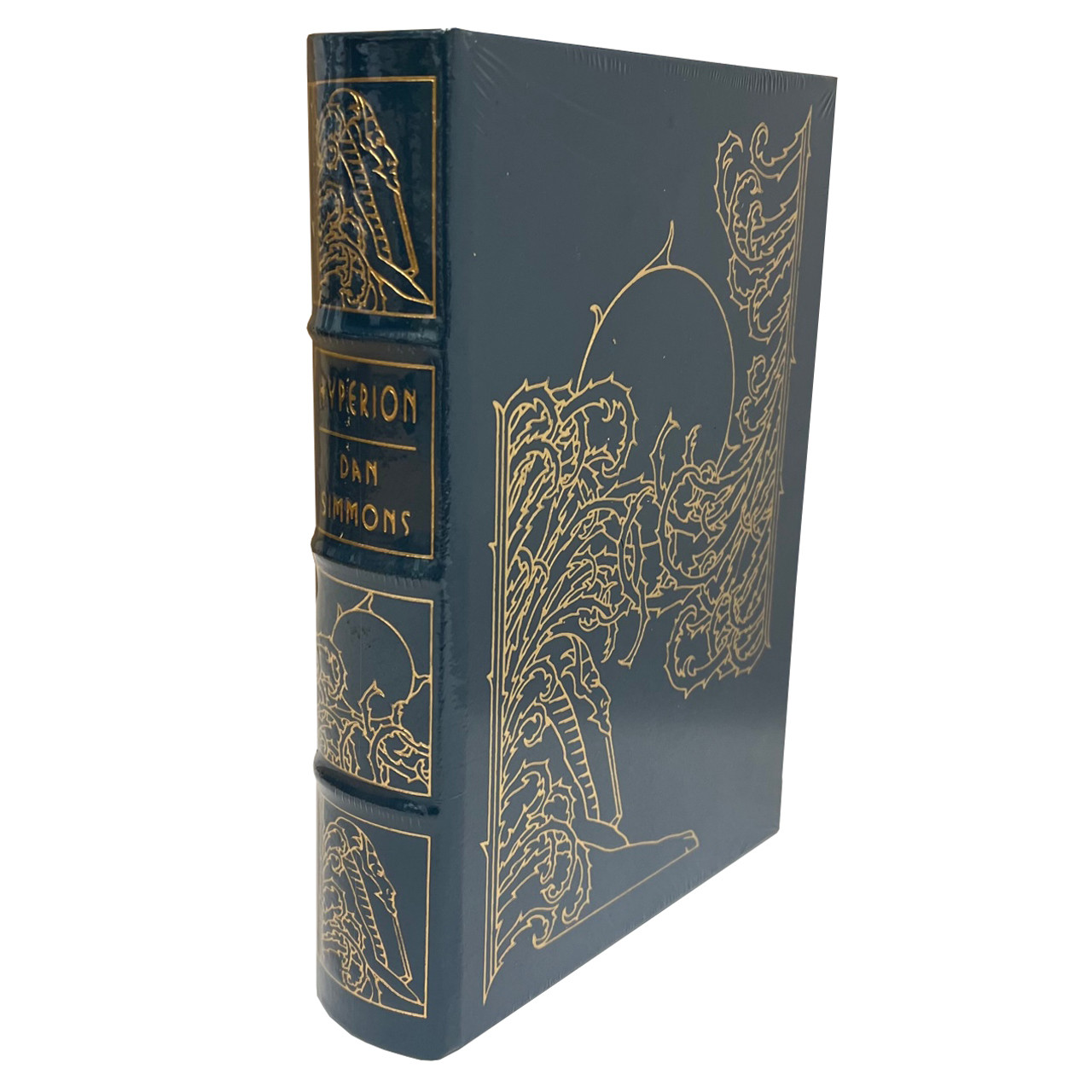 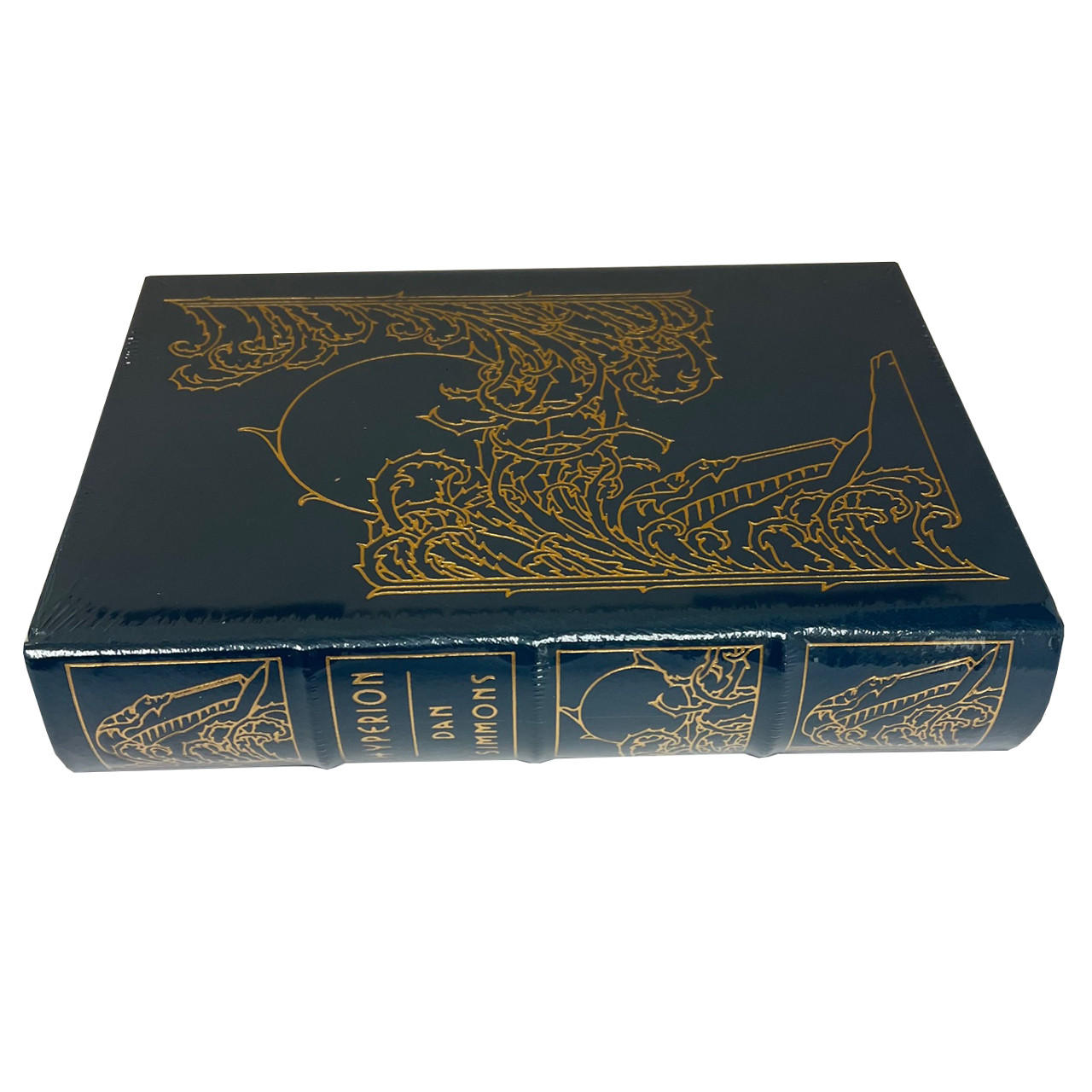 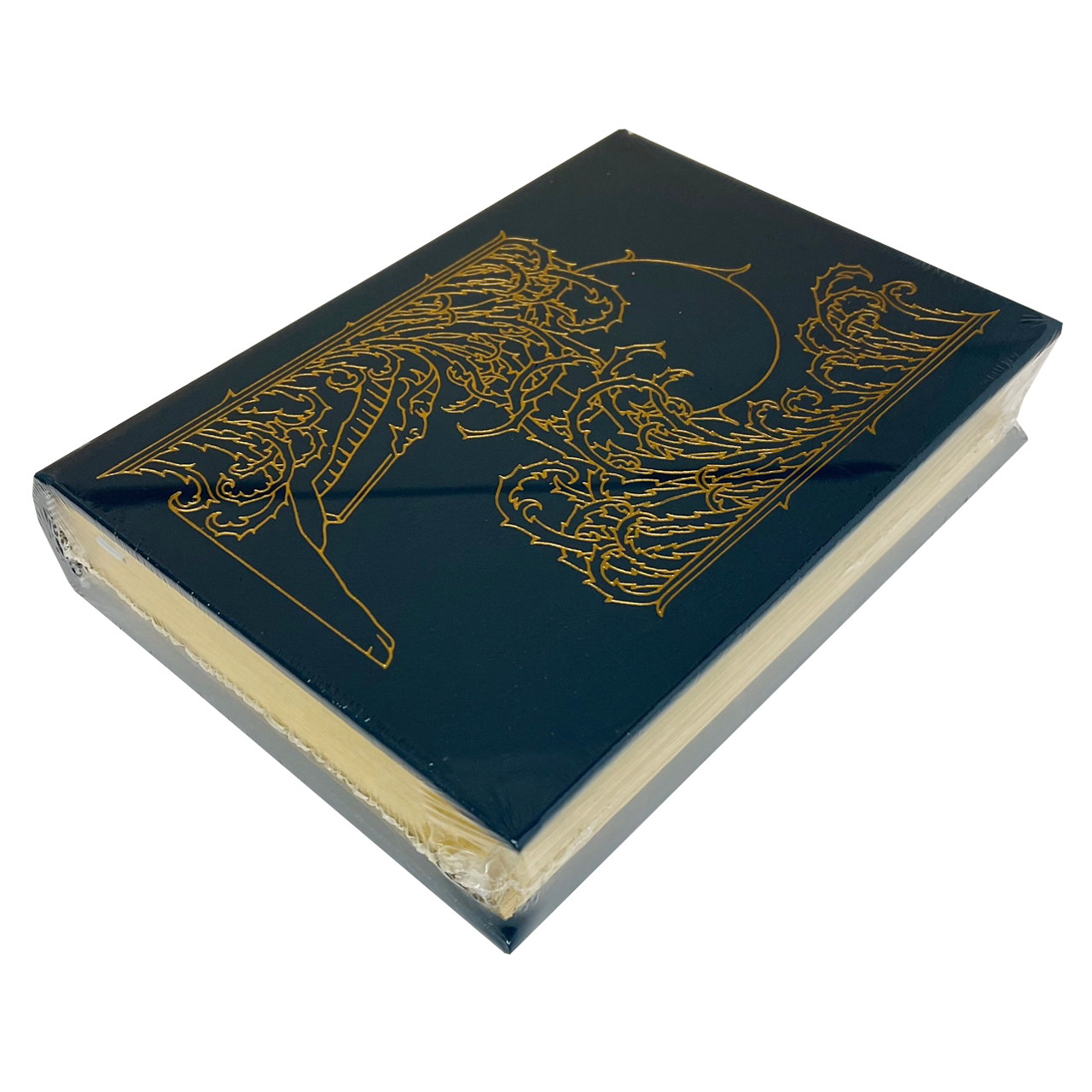 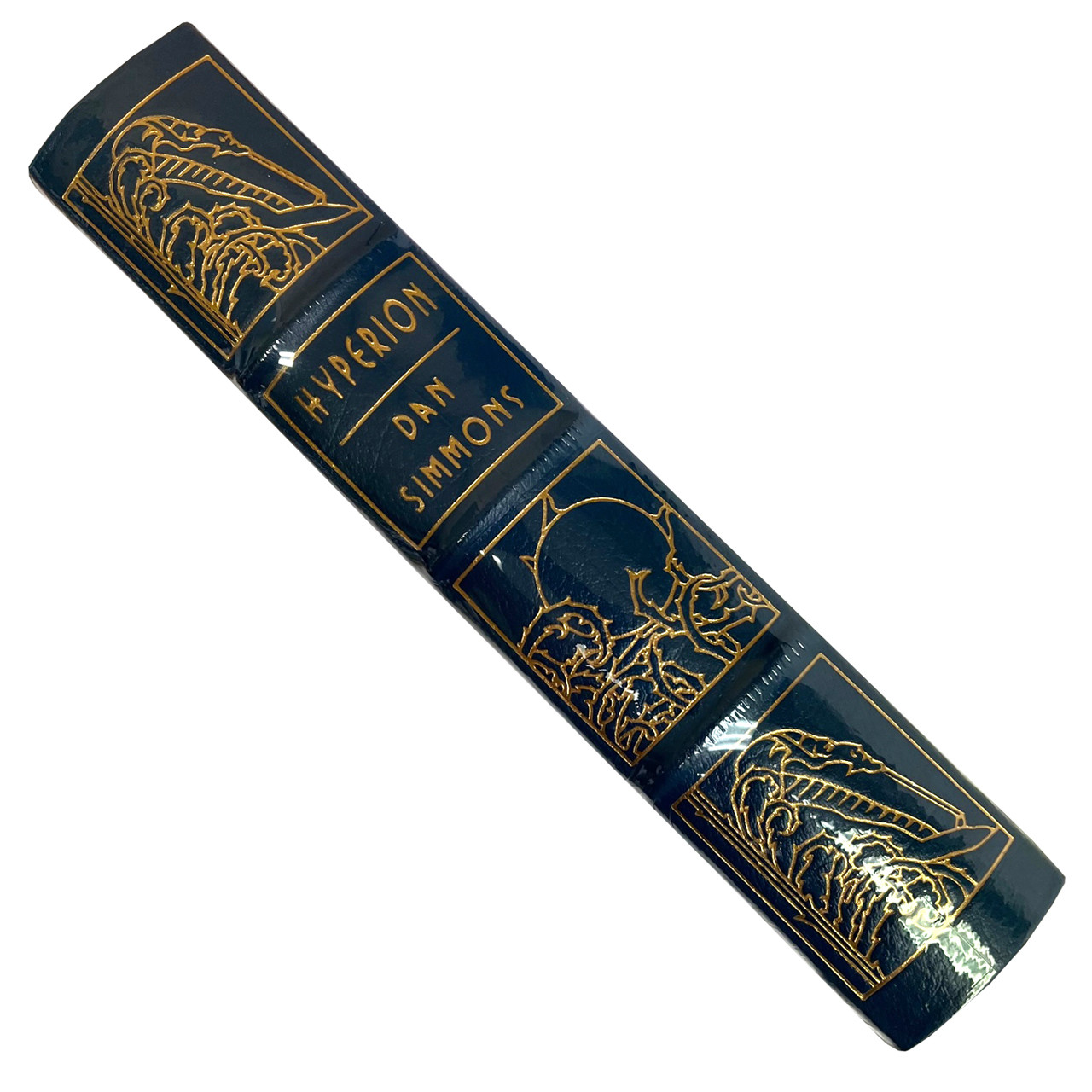 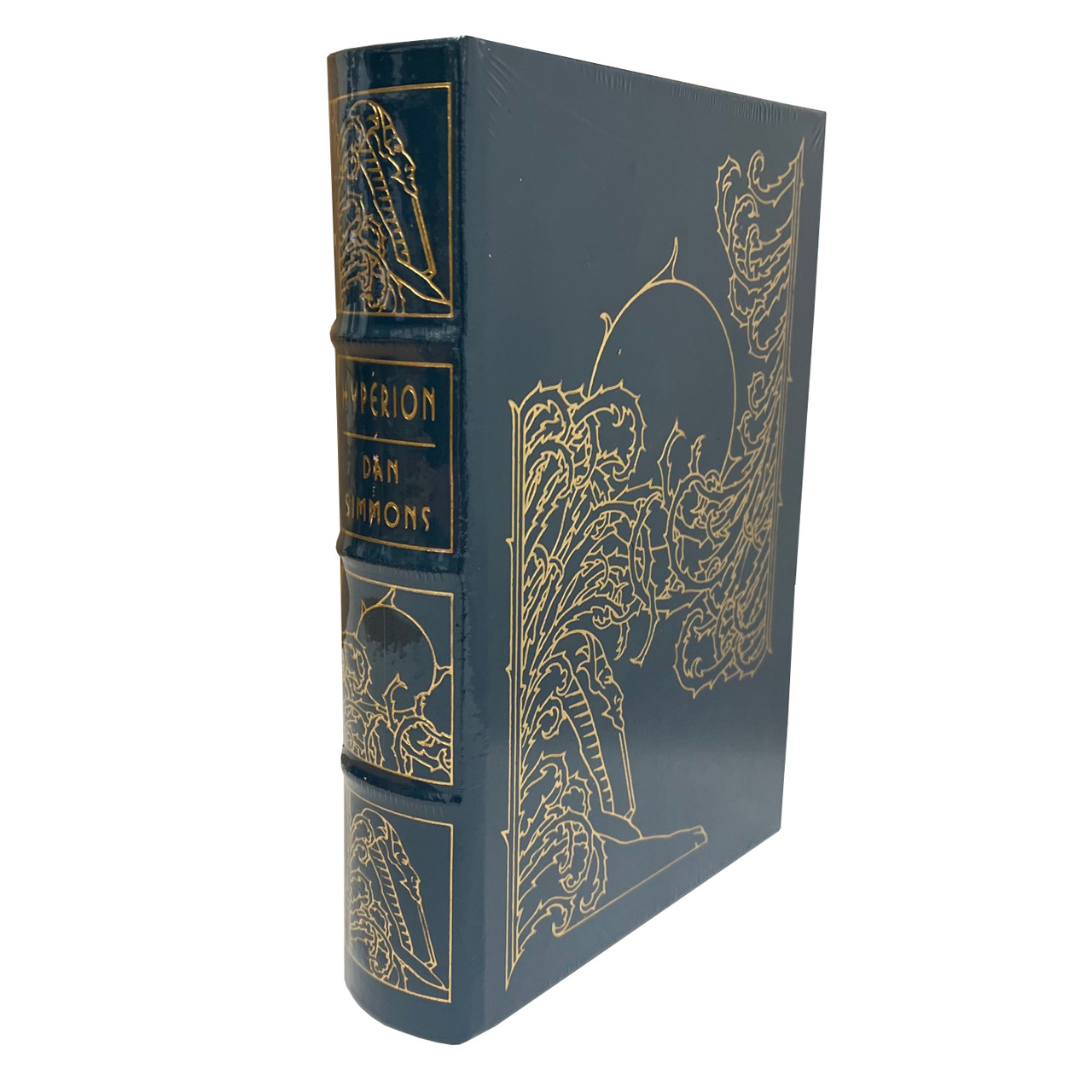 A Rare Leather Bound Collector's Edition of Hyperion, a Masterwork of Science Fiction

A stunning tour de force filled with transcendent awe and wonder, Hyperion is a masterwork of science fiction that resonates with excitement and invention, the first volume in a remarkable epic by the multiple-award-winning author of The Hollow Man.

On the eve of Armageddon, with the entire galaxy at war, seven pilgrims set forth on a final voyage to Hyperion seeking the answers to the unsolved riddles of their lives. Each carries a desperate hopeand a terrible secret. And one may hold the fate of humanity in his hands.

Dan Simmons, a full-time public school teacher until 1987, is one of the few writers who consistently work across genres, producing novels described as science fiction, horror, fantasy, and mainstream fiction, while winning major awards in all these fields. His first novel, Song of Kali, won the World Fantasy Award; his first science fiction novel, Hyperion, won the Hugo Award. His other novels and short fiction have been honored with numerous awards, including nine Locus Awards, four Bram Stoker Awards, the French Prix Cosmos 2000, the British SF Association Award, and the Theodore Sturgeon Award. In 1995, Wabash College presented Simmons with an honorary doctorate in humane letters for his work in fiction and education. He lives in Colorado along the Front Range of the Rockies.

Dan Simmons grew up in various cities and small towns in the Midwest, including Brimfield, Illinois, which was the source of his fictional "Elm Haven" in 1991's SUMMER OF NIGHT and 2002's A WINTER HAUNTING. Dan received a B.A. in English from Wabash College in 1970, winning a national Phi Beta Kappa Award during his senior year for excellence in fiction, journalism and art.

Dan received his Masters in Education from Washington University in St. Louis in 1971. He then worked in elementary education for 18 years2 years in Missouri, 2 years in Buffalo, New Yorkone year as a specially trained BOCES "resource teacher" and another as a sixth-grade teacherand 14 years in Colorado. 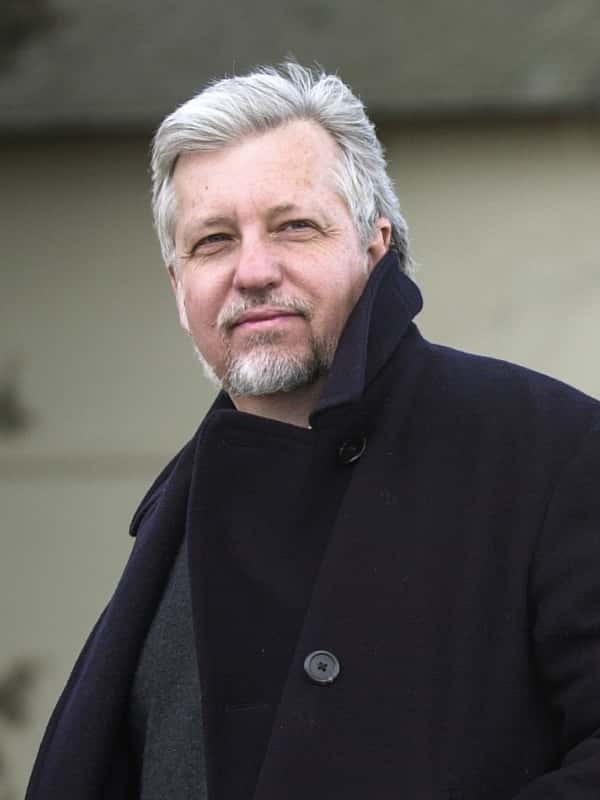 His last four years in teaching were spent creating, coordinating, and teaching in APEX, an extensive gifted/talented program serving 19 elementary schools and some 15,000 potential students. During his years of teaching, he won awards from the Colorado Education Association and was a finalist for the Colorado Teacher of the Year. He also worked as a national language-arts consultant, sharing his own "Writing Well" curriculum which he had created for his own classroom. Eleven and twelve-year-old students in Simmons' regular 6th-grade class averaged junior-year in high school writing ability according to annual standardized and holistic writing assessments. Whenever someone says "writing can't be taught," Dan begs to differ and has the track record to prove it. Since becoming a full-time writer, Dan likes to visit college writing classes, has taught in New Hampshire's Odyssey writing program for adults, and is considering hosting his own Windwalker Writers' Workshop.

Dan's first published story appeared on Feb. 15, 1982, the day his daughter, Jane Kathryn, was born. He's always attributed that coincidence to "helping in keeping things in perspective when it comes to the relative importance of writing and life."

Dan has been a full-time writer since 1987 and lives along the Front Range of Coloradoin the same town where he taught for 14 yearswith his wife, Karen, his daughter, Jane, (when she's home from Hamilton College) and their Pembroke Welsh Corgi, Fergie. He does much of his writing at Windwalkertheir mountain property and cabin at 8,400 feet of altitude at the base of the Continental Divide, just south of Rocky Mountain National Park. An 8-ft.-tall sculpture of the Shrikea thorned and frightening character from the four Hyperion/Endymion novelswas sculpted by an ex-student and friend, Clee Richeson, and the sculpture now stands guard near the isolated cabin.

Praise for Dan Simmons and Hyperion

“Dan Simmons has brilliantly conceptualized a future 700 years distant. In sheer scope and complexity it matches, and perhaps even surpasses, those of Isaac Asimov and James Blish.”—The Washington Post Book World

“An essential part of any science fiction collection.”—Booklist

Lonely Road Books 2010. Stephen King "Riding The Bullet". This is the slipcased Collector’s Gift Edition, limited to just 3,000 copies bound in a deluxe material and housed in a special...