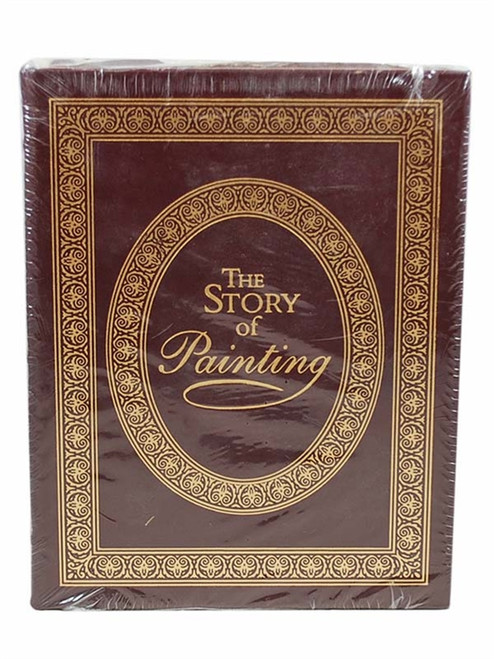 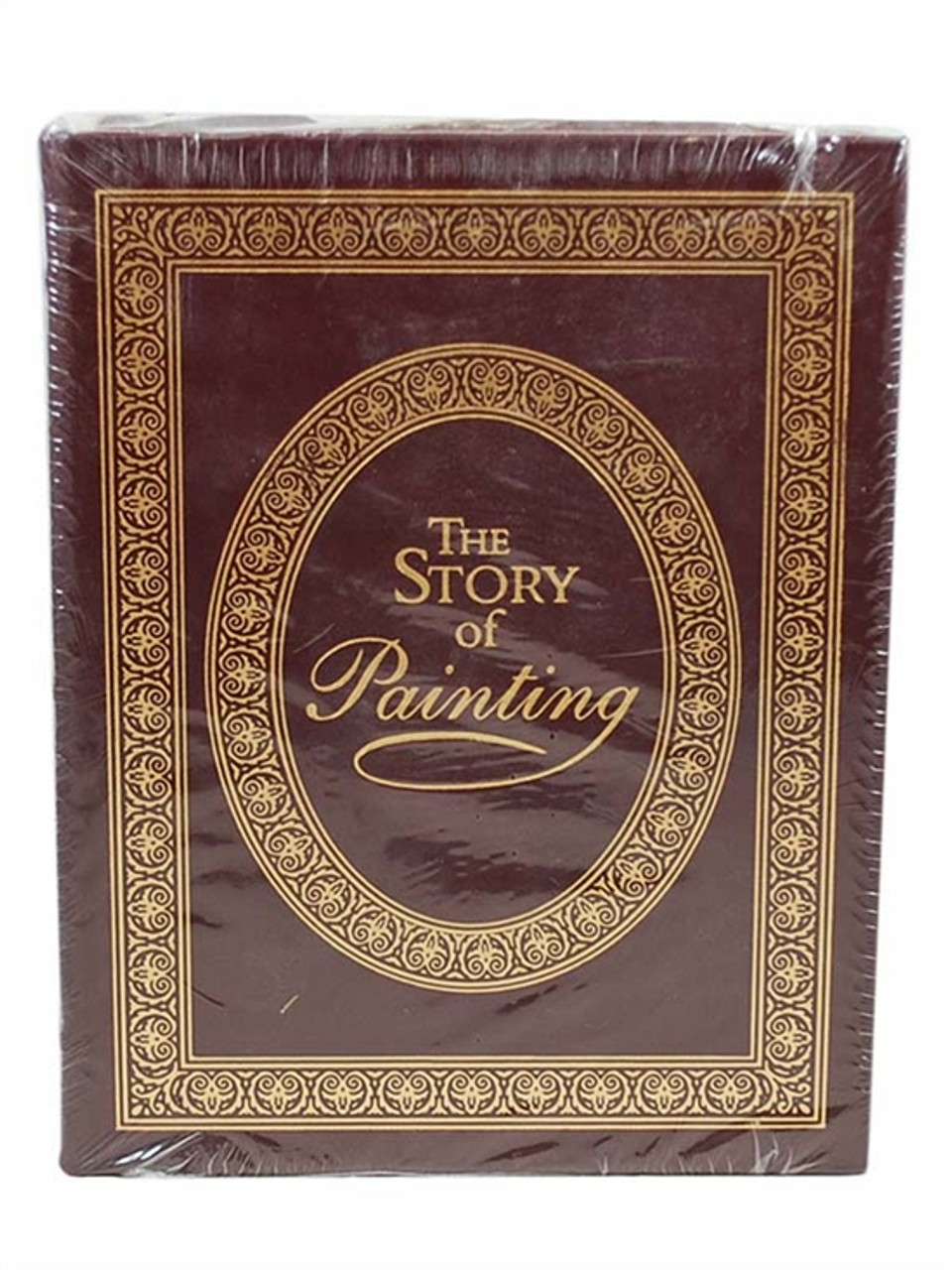 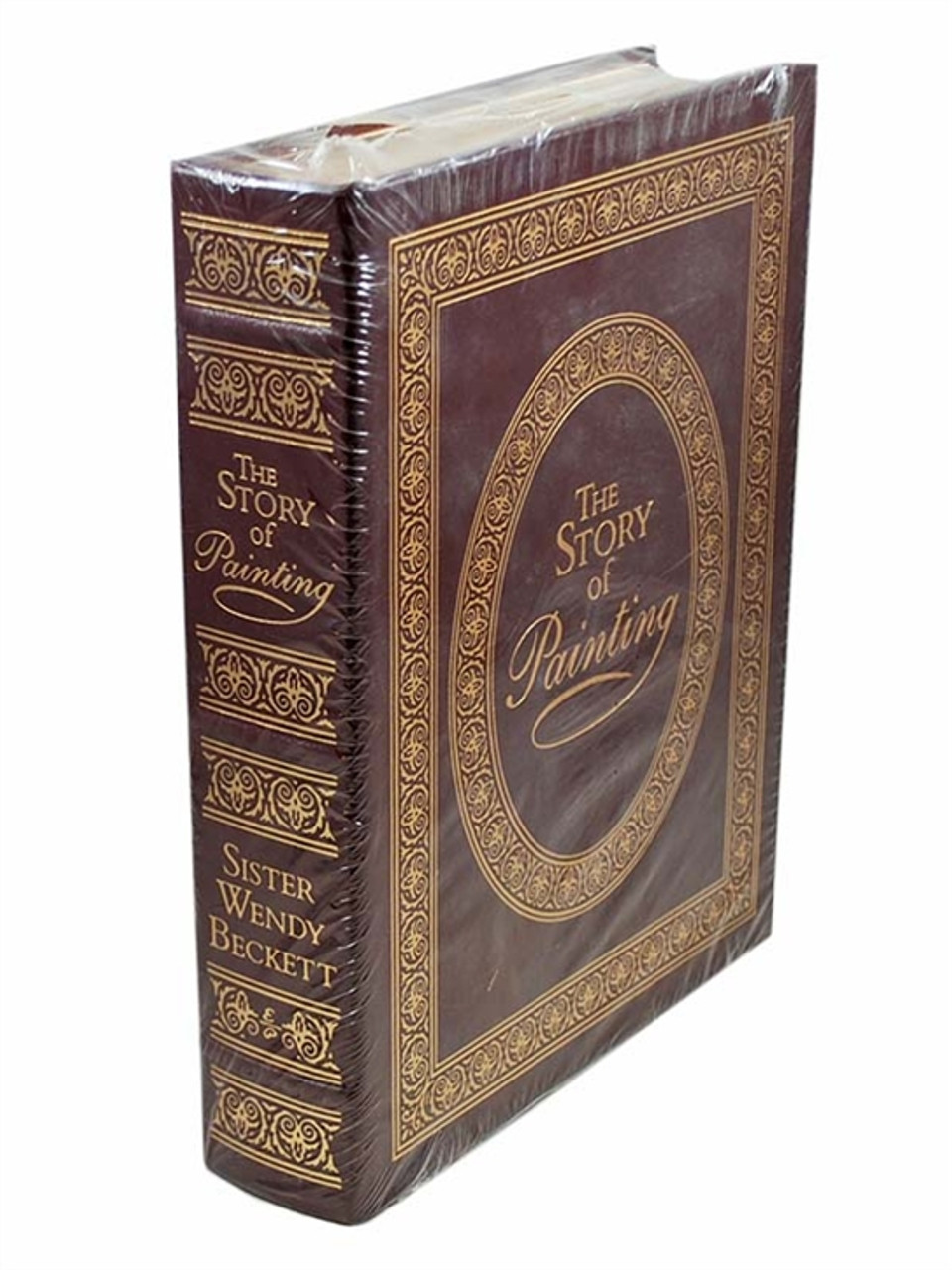 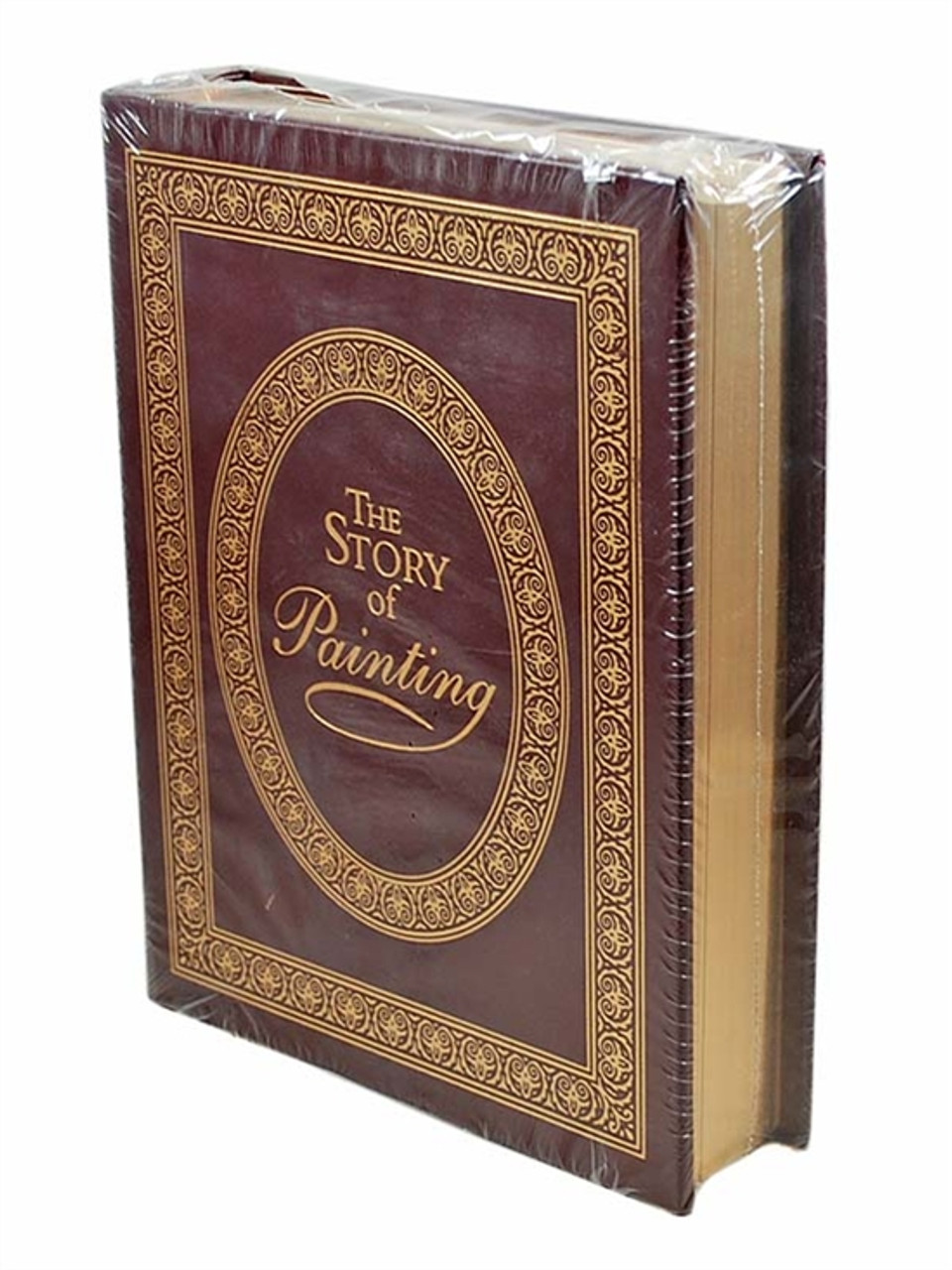 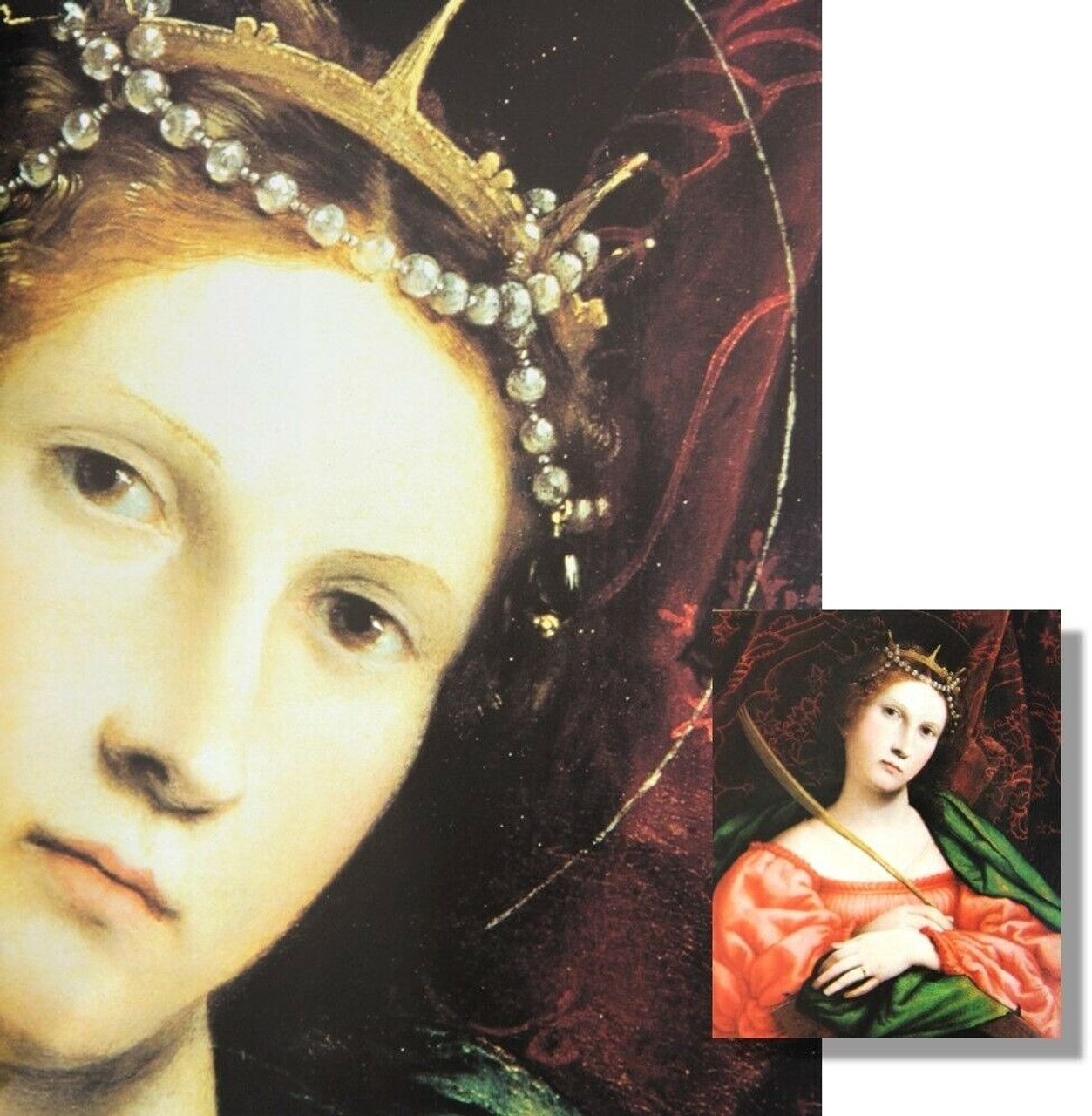 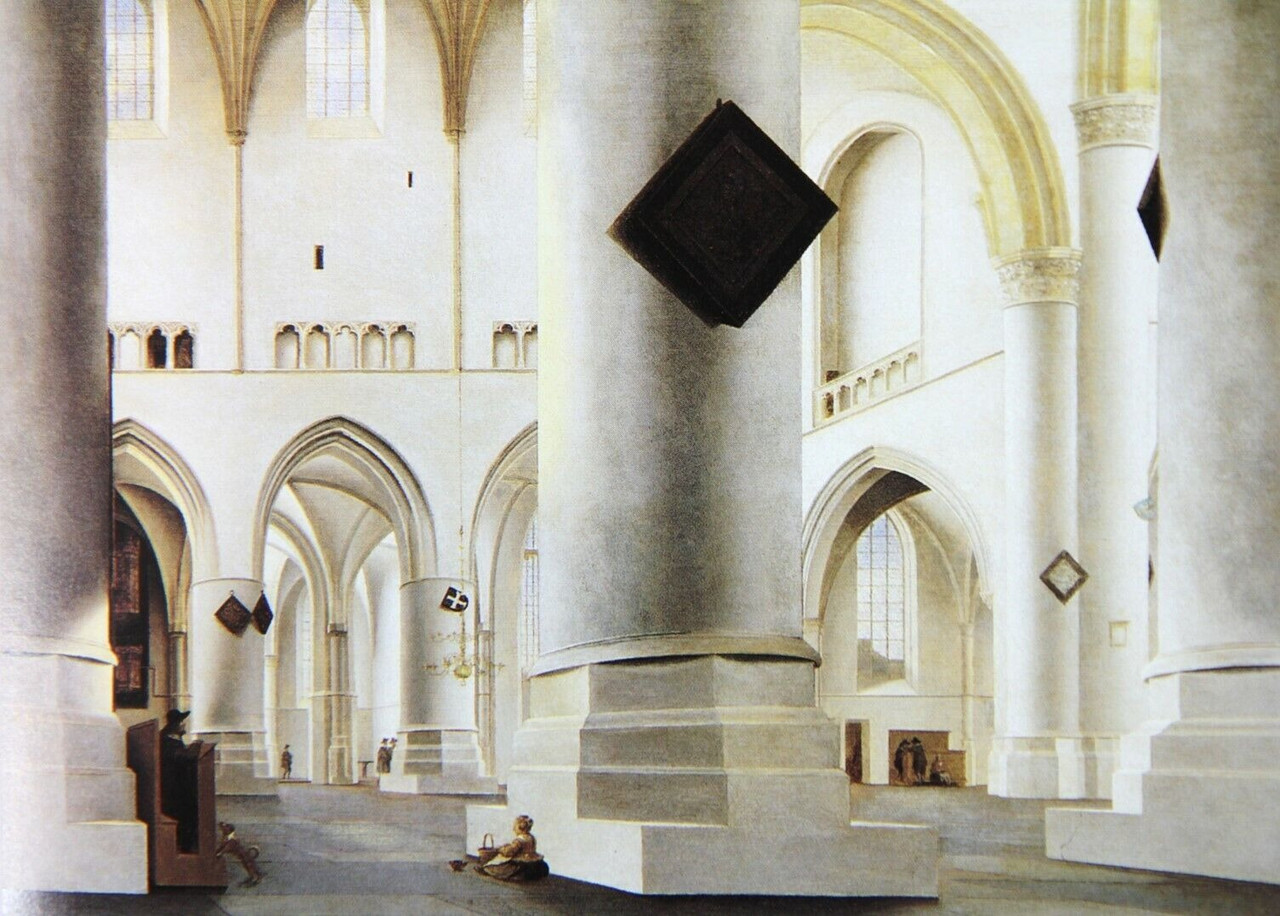 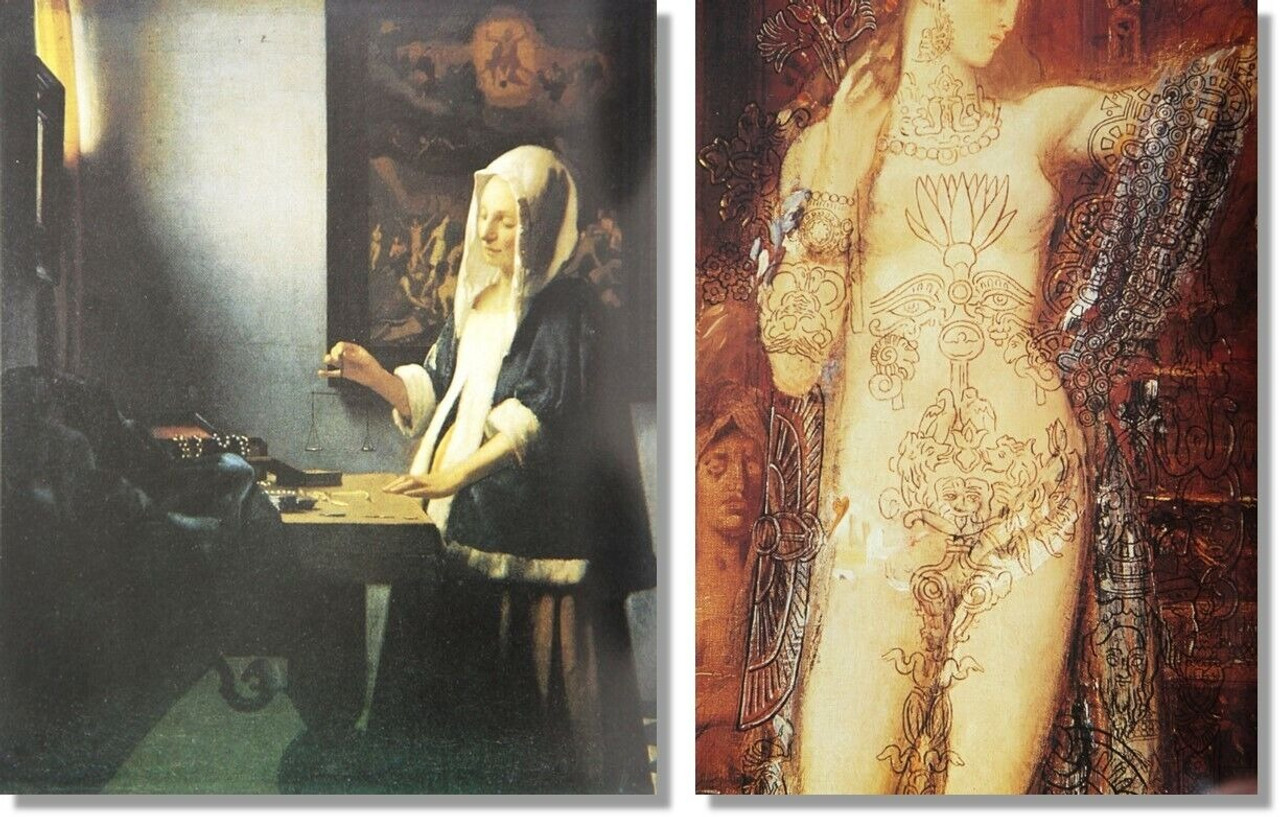 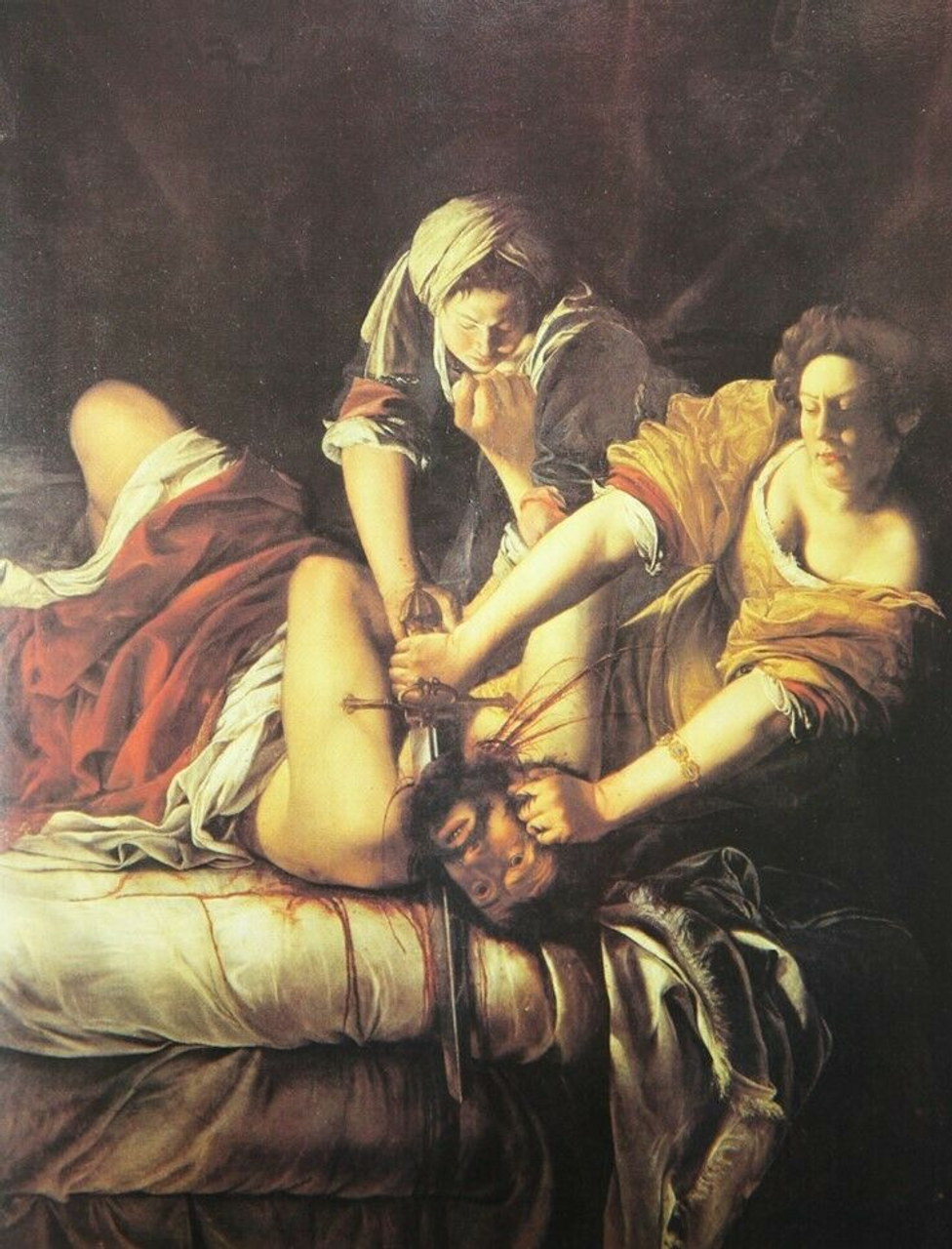 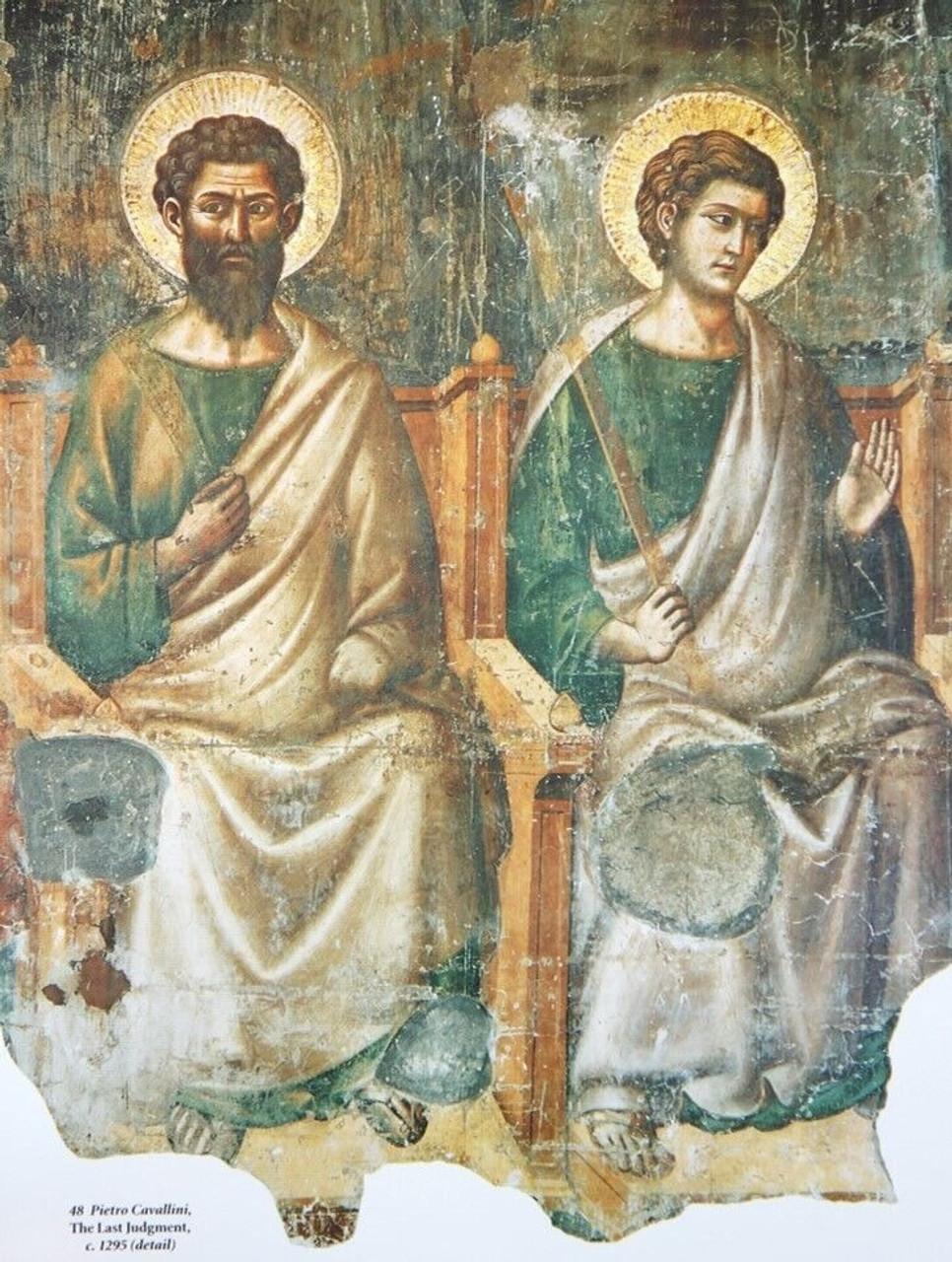 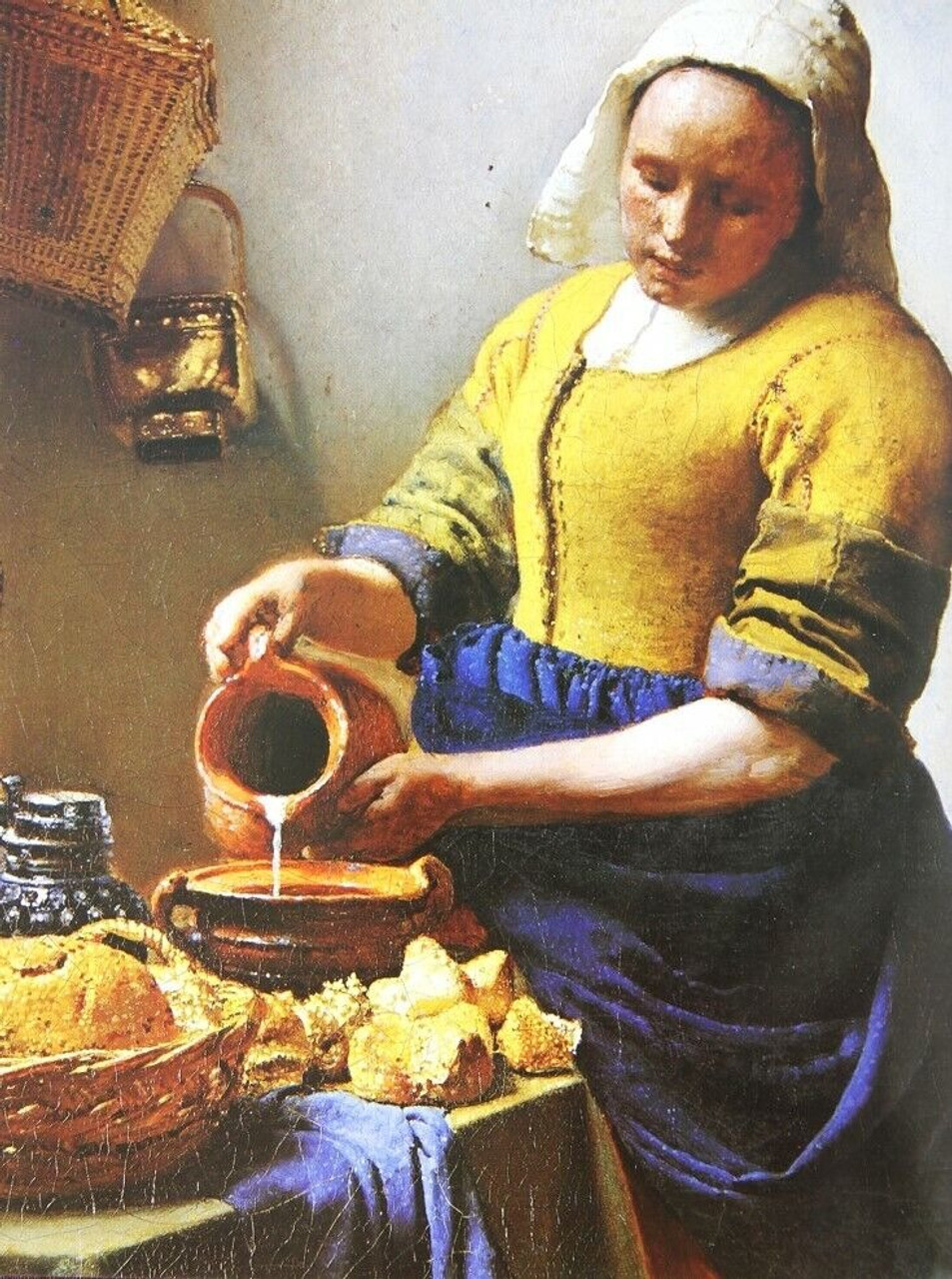 One of the more scarce art books from Easton Press, by the PBS art world scholar Sister Wendy Beckett. She is as iconic for her art shows and knowledge of art as Bob Ross is for his PBS instruction programs. A beloved figure.

Sister Wendy Beckett, a member of the teaching order of nuns, the Order of Notre Dame, is well known for her insight into the history of art. Her BBC television series has been shown on PBS, and she is the author of several best-selling books published by DK. Along with her disciplined life as a nun, she devotes her contemplative life to the careful study of art.

For those who've enjoyed the original, the good news is that the new edition of The Story of Painting has grown by more than 300 pages of photographs--magnified close-ups of details from nearly half the 450 paintings in the book. Fauvist paint strokes become mighty slabs; sparkling light on a Dutch still life is revealed as a series of tiny dots; the cheeks of a young man in an Italian Renaissance portrait betray a touch of five o'clock shadow. This kind of close looking is seductive, and it's an important part of Sister Wendy's direct, unpretentious approach to art.

As a history of painting, Sister Wendy's book has its strong points (works with religious or spiritual themes and those that lend themselves to psychological interpretation) as well as its lapses (a very skimpy discussion of Cubism and inadequate treatment of works from the late 20th century). Even the title is a bit of a misnomer. The painting in question is purely Western; there is nothing here about Indian or Persian miniatures, or the great tradition of Chinese landscapes.

But what Sister Wendy alone offers are vivid, personal interpretations that come from a deep well of emotional sympathy with works of art. Who else would notice the way the bagpiper in The Wedding Feast by Pieter Breughel "stares at the porridge with the longing of the truly hungry"? Who else would point out how Venus--the "older woman" pleading with "virile" Adonis not to go off to war in Titian's "Venus and Adonis"--shows us "her superb back and buttocks, beguilingly rounded, full of promise." Rather than portraying Western art as the dutiful production of "masterpieces," she revels in the physicality of paint and the variety of human experience these works represent. --Cathy Curtis

Wendy Mary Beckett (25 February 1930 – 26 December 2018), better known as Sister Wendy, was a British religious sister and art historian who became well known internationally during the 1990s when she presented a series of BBC television documentaries on the history of art. Her programmes, such as Sister Wendy's Odyssey and Sister Wendy's Grand Tour, often drew a 25 percent share of the British viewing audience. In 1997 she made her debut on US public television and that same year The New York Times described her as "a sometime hermit who is fast on her way to becoming the most unlikely and famous art critic in the history of television." 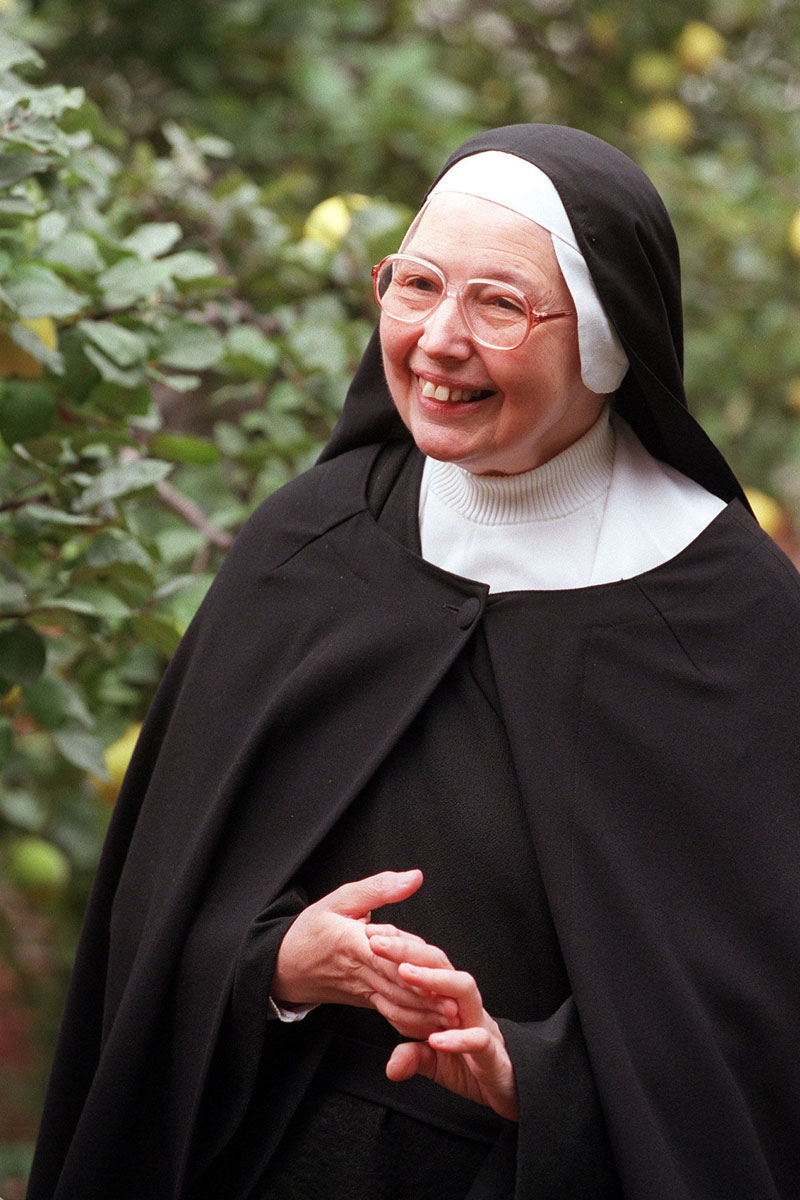 VERY FINE GUARANTEED. New (Sealed). The condition is of the highest quality without any discernible flaws. A beautiful bright clean copy. Free of bumped corners. Includes extra unattached bookplate for your own personalization. Photos of actual item.